LASIK is the number one choice worldwide to reduce or eliminate dependence on glasses and contact lenses, and we have the best LASIK technology available! The first LASIK procedure was performed more than 17 years ago and more than 14 million procedures have been performed in the United States alone.

LASIK treats low to high amounts of nearsightedness, farsightedness, and astigmatism. The procedure works by reshaping corneal tissue layers just beneath the outer surface of the eye. It is generally a painless procedure with a very quick recovery for most patients. We do not use any needles. Instead, we use a drop to numb the cornea to take away any pain sensation.

Step one involves the creation of a corneal flap, a hinged tissue layer that is lifted back like opening the hood of a car. Step one is performed with unmatched precision using a computer-guided laser beam, thanks to the revolutionary laser technology called Intralase. Flaps can be custom designed based on the unique parameters of a patient’s eye. Intralase offers the safest and most precise process of flap creation in the world today.

Step two is the actual correction stage where prescription is removed using an excimer laser treatment. The excimer laser fires a cool, invisible beam with the average treatment time ranging from 15 to 45 seconds and there is no pain for the patient. The excimer laser allows more precision than ever thought possible. One pulse of the beam removes 0.25 microns of corneal tissue.

These treatments are custom-designed based on unique prescription characteristics of each patient by a method known as Wavefront Analysis. This provides the highest level of precision available in laser vision correction today. More precision equals better outcomes!

Recovery from LASIK is generally very easy. Most patients will notice an improvement in vision without glasses even on the night of their surgery. Functional vision usually returns within 24 to 48 hours after your procedure. The recovery is generally painless. 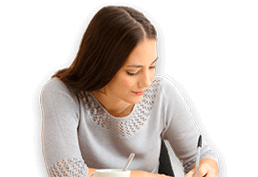 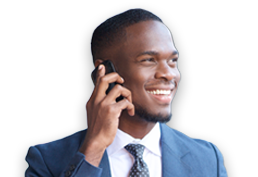 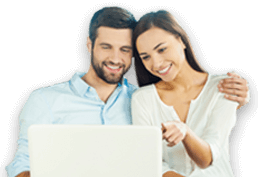 The first important step in the iLASIK procedure utilized Intralase Femtosecond Laser. The Intralase FS Laser System is a revolutionary technology that reduces the variability of flap creation with the manual microkeratome by using a computer-guided laser beam specifically designed for the corneal flap. There are two main advantages that have been shown thus far with Intralase: safety and visual outcomes.

No procedure or technology is completely free of risk. However, by replacing the traditional approach with a silent, tiny beam of laser light, the Intralase FS laser dramatically reduces the variability and potential risk of flap complication historically associated with the microkeratome. In fact, more patients may now be candidates for laser vision correction due to the increased level of precision that was previously unavailable.

Because of the precision associated with the computer-guided beam and the consistency of flap dimensions, studies have shown visual outcomes of LASIK, enriched with Intralase, exceed those of procedures performed with previous methods. At follow-up exams, patients prefer their vision and see better following laser vision correction with Intralase than with other technologies.

Intralase has become the key ingredient to predictably better vision. Dr. Eisner is proud to be in the select group of surgery centers nationwide that exclusively offer procedures performed with Intralase technology. It is also important to realize that all technology is a tool in a surgeon’s hand. It’s vital that technology is backed with extensive experience. The advanced technology options in our office are backed by Dr. Eisner’s experience of over 15,000 procedures performed.

Because your vision is unique and as personal as your fingerprint, Dr. Eisner utilizes the WaveScan Wavefront System to provide a WavePrint Map. This map provides information on more than just the corneal surface of your eye. It reveals the way your entire optical system processes light, and offers the ability to map even subtle errors in the eye’s focusing system.

Using this information, Dr. Eisner can:

The WavePrint Map is derived from technology first developed to correct distortions of light waves from space. This allowed researchers to accurately view images of stars and planets. The WavePrint Map uses the same technology to measure light waves as they travel through your eye. This technology provides a precise and more detailed analysis of your vision.

The Pentacam Anterior Chamber Mapping System is another important aspect of candidacy for LASIK centers on the general health of the cornea. Corneal topography is a method of measuring elevations and curvature on the surface of the human eye. These topographic maps indicate healthy corneas but, more importantly, will also indicate problem spots or pathology which would be a contraindication for LASIK.

The Pentacam utilizes a capture method called Sheimpflug Imagery, which shows Dr. Eisner a 3-D representation of both the front and back sides of the cornea. The Pentacam scans and measures the entire cornea and the anterior chamber in less than two seconds, allowing Dr. Eisner to obtain and evaluate more comprehensive and precise information about your optical system than ever before.

Dr. Eisner’s extensive experience with the Pentacam over the last four and half years allows him to make an even more confident determination of your candidacy. It is a very important part of the pre-operative process and therefore, all potential patients in this office receive a thorough Pentacam evaluation.

Benefits of the Advanced CustomVue procedure include:

The Advanced CustomVue treatment is designed to correct the unique imperfections of each individual’s eyes.

Optimal results require precise alignment of the laser treatment. By linking diagnostic wavefront information with the treatment itself during the Advanced CustomVue procedure, Iris Registration (IR) provides a much higher level of alignment accuracy and precision. This gives the surgeon confidence that the treatment will be placed in the correct location. During treatment delivery, IR:

A patient’s pupil center will move relative to the outer iris boundary in different environments. To minimize the impact of this movement, IR:

LASIK is not always the best option for some patients. Dr. Eisner offers a variety of surgical solutions to correct your vision. Photorefractive Keratectomy (PRK) surgery is a laser procedure which, unlike LASIK, does not create a corneal flap. A different method of corneal preparation is required. The visual outcomes are identical, though the recovery may be longer. PRK surgery is appropriate in a variety of circumstances.

If you are not a candidate for LASIK, you may still be a great candidate for PRK surgery. Dry eyes, prior surgeries, and thin corneas are a few of the conditions which dictate that a PRK may be the best option for you. If this is the case, we will discuss PRK in detail at your free consultation.